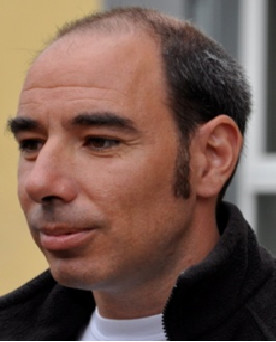 Senior Advisor for the EDF Group

M. Aslanides is a Senior Advisor for the EDF Group. He’s active in several European bodies and has recently developed a fund raising practice for the benefits of the EDF Group in Europe. He’s partnering with a wide range of stakeholders to identify early opportunities and support business development, Vice-Chairman of the Partnership Board of the Energy Efficiency in Buildings public private partnership. He was previously the Innovation Director for EDF in the United States. Based in Silicon Valley, he defined and executed an open innovation strategy, embracing technology scouting & partnerships, Limited Partners positions and corporate venture firm creation. As the Deputy Director of the European Institute for Energy Research in Germany, he previously pioneered sustainable approaches towards energy in cities. Activity portfolio and staff were tripled in less than 4 years.

His fields of experience mainly concern innovation, clean energy technologies and related financing schemes. He’s earning a Master Degree in Science and a PhD in Solid State Physics from Paris University, as well as an Engineering Degree in Mechanics. He’s living in Paris with wife and 3 children.